Its about the good pain.

The pain that feels like accomplishment instead of weariness.

Its about the hunger.

The appetite that arises from the damn near absolute expenditure of energy rather than boredom or routine.

Its about the loss of control.

The feeling of overwhelming, physical, emotions that take me to the verge of both tears and laughter.

Two years ago, I ran my first 5K on the 4th of July. I didn’t like running. I didn’t know why people ran. I only knew it was something I had to try. If only to prove that I could. 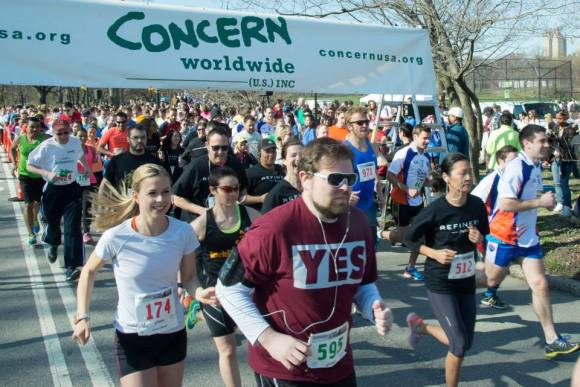 Now I’ve lost track of the 5Ks and 10Ks. I’ve done three half marathons. I’m training for a full marathon. I’ve volunteered at a run. These are things I didn’t see myself doing at any point in my life prior to two years ago, and I certainly didn’t even imagine half of them when I finished that first run. But I’m a different person now. I mean, that’s true of all of us. We change a little bit with every moment, but I can truly say that running has made me a different person. It’s brought me to a place where I truly feel that I’m myself.

I probably talk about it too much. I’ve probably invited way too many of you to do a run with me. But some of you have, and some of you maybe know what I’m talking about. Or you at least have the thing that makes you feel this way.

So yeah. I didn’t think I’d ever say “I’m a runner.” Because moreso than any previous aversion to exercise, I’m also the kind of pretentious asshole who likes to claim that they “don’t like labels.”

But yeah, I’m two years older. I’ve run quite a few miles. Lets dial back my pretension a bit.

I’m a runner. More than anything else, that’s who I am and what I do. The people I run with, my family. We used to call ourselves “Team Beer and Cupcakes.”

Now we’re “Team Don’t Die.” Because its not just about rewarding yourself with indulgences because you burned off some calories. Nor is it just about living a little longer. Its about pushing as hard as you can and not dying while doing so. Its about FEELING it. Feeling and physically knowing that you accomplished something amazing. Beyond what any t-shirt or medal or long-winded blog post can remind you.

Its about the good pain.